We all know about the great Durga puja Navratri festival and Durga Puja Significance. Navratri is an important Hindu festival which is dedicated to Goddess Durga.

During these 9 days of Navratri, everyone is full of joy and happiness. This festival comes with a unique power that fills our hearts with confidence and love.

The nine-day long festival starts from the first day i.e. Pratipada of Ashwin month in 2021. Talking about Shardiya Navratri, it will start from Saturday, 17 October, and will end on Dussehra i.e. Sunday 25 October. Popularly it is also known as Maha Navratri.

Basically, the Sharad Navratri is a 10 days religious journey but it is considered as nine. The tenth day is also known as the VIJAYADASHAMI or DUSSEHRA.

This festival is celebrated all over the country but especially in northern and eastern India, it is celebrated with full enthusiasm and power.

The Navratri is celebrated in Sharad month which indicates the beginning of winters. People live in different locations like people from cities and people from villages, but the way of celebrating the Navratri is the same for all.

People come together to perform Navratri Puja Vidhi at home or even they organize a religious puja celebration function in their locality so that everyone can come and enjoy the special day.

Even if you want to experience different rituals and mythology then you can visit to see the crowd in Kolkata during Durga puja.

You will find why and how Bengali worships Durga with full dedication, love, and affectionate. That’s why Kolkata city is most famous for Durga puja.

Check Video: How To Spend Durga Puja In 2021

How is Navratri And Durga Puja Celebrated?

Although, every year Durga puja celebrated with joy and happiness and Durga pooja is quite more popular in Kolkata.

In our country, Navratri is celebrated with zeal and enthusiasm. and everyone knows about how to do Durga puja.

How Each Day of Sharadiya Navratri &  Durga Puja Celebrated

Let’s discuss here how to spend nine-day of the Durga puja i.e, the end of Navratri

Goddess Shailputri, an incarnation of Maa Parvati is worshipped on this day. In this form, she can be seen sitting in Nandi the bull with a Trishul in her right hand a lotus flower in her left hand.

Goddess Brahmacharini, an Incarnations of Maa Parvati who became Sati, the pure one. The worship of her attains Moksha, Salvation a piece. In this form, she can be seen holding a kamandalu and japmala in her hands while walking bare feet.

Goddess Chandraghanta, is worshipped on the third day of Navratri. The name was actually derived after Maa Parvati got married to Lord Shiva and adored a half-moon on her forehead.

Goddess Kushmanda, is worshiped on the fourth day of Navratri. She can be seen sitting on a lion with eight hands. She is said to be the one endowing vegetation and greenery on Earth. It is believed that all greenery that we have is just because of the grace of Goddess Kushmanda.

Goddess Skandmata, is the mother of Lord Kartikeya, also known as Skanda. Goddess Skandmata is revered on the fifth day. In this form she can be seen with four arms, holding her small baby and riding a fierce lion. She shows the power of a mother when she realizes her child is in danger.

Goddess Katyayani, is the violent incarnation of Goddess Durga and the daughter of Sage Katya. She is worshiped on the sixth day. Her form shows courage and is seen as having four hands and riding a lion.

Goddess Kalratri, also called Maa Kalratri, is known to be a violent form of Goddess Durga and worshipped on Saptami. It is said in stories that Maa Parvati’s fair skin got transformed into black in order to kill Sumbha and Nisumbha, the two demons.

Goddess Mahagauri is worshipped on the eighth day. This form of her symbolizes peace and intellect.

Goddess Siddhidatri is worshipped on the ninth day. She is said to possess all kinds of siddhis. She can be seen sitting on a Lotus and has four hands.

It will amaze you but it is true. Each day of Navratri is related to a particular color. It is said that wearing these specific colors on specific days will give you luck and will bless you with success.

Talking about all 9 days of Navratri, we can see each day is called by a specific name. All nine days have their specific name and color and each color shows the bright side of life.

This is one of the most loving festivals of India and is celebrated with enthusiasm and significance.  Navratri is celebrated for 9 days of Navratri and each day purifies our soul and teaches something new, that helps us to face life problems and achieve our goals. 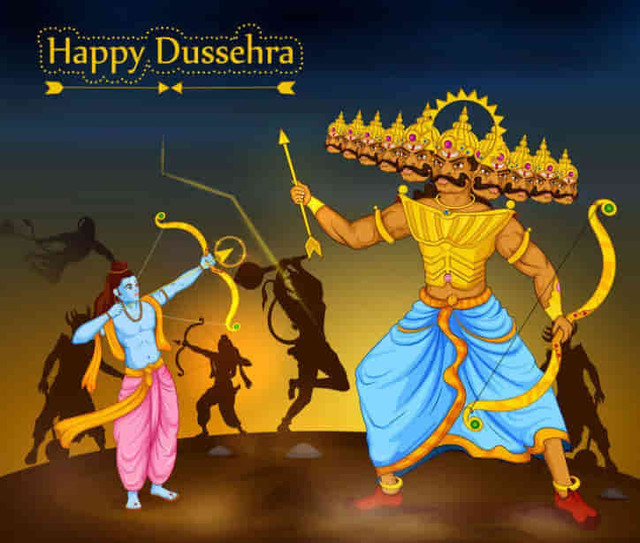